9th September 2012 – The major clean up has started on the Crown Street Reserve. These were quite large Coral Trees on this section.

9th September 2012 – This pile of Coral Trees goes back a long way, with 2 smaller piles behind that. 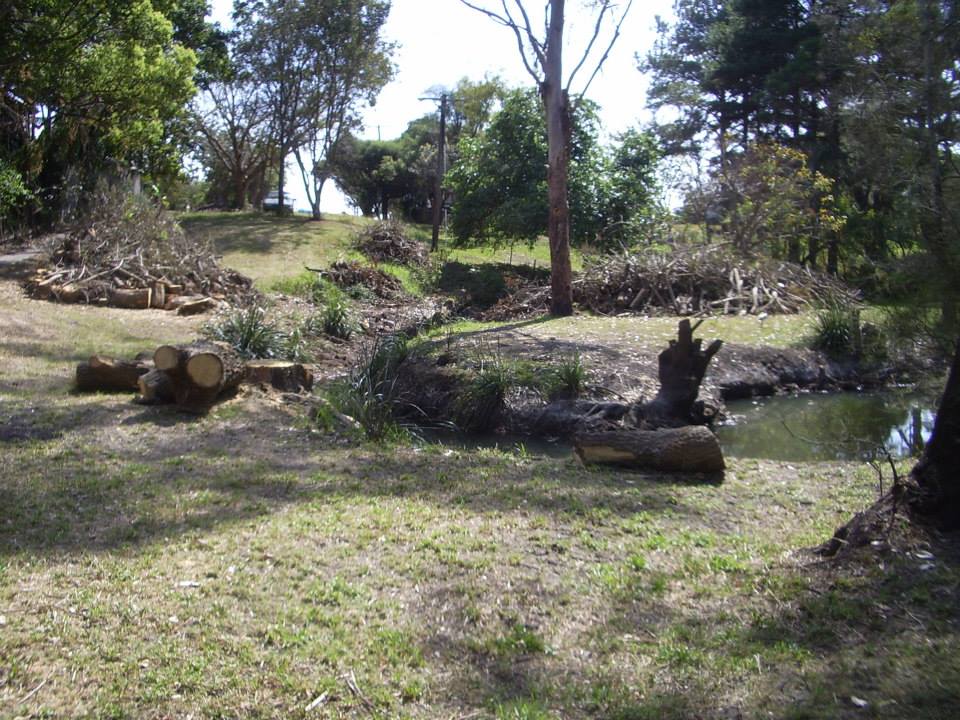 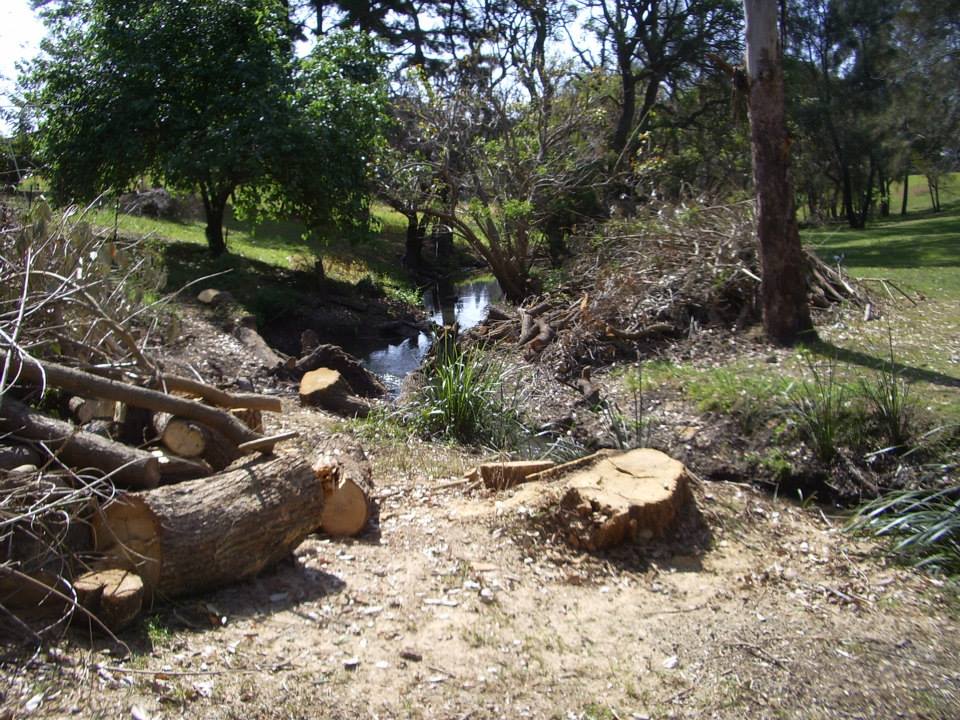 9 September-The Pile of Coral Trees on the other bank came from the creek itself. There was a major blockage here, it took 2 days to clear.

14 September-Getting down to the last of the clearing.

16 September-Clearing all done, now we have to get rid of all the waste.

November-A few Lomandra have been put in to start off the planting.

February 2013 – The area in front was completely washed away in the February flood. The natives we have planted are now starting to grow right through the reserve.

17 February 2013-Crown Street Reserve, We will see how the plants grow before doing anymore planting. The area will be mowed and weeding done to ensure the area is kept tidy.

17 February 2013-Large Coral Tree on neighbours property damaged in storm. Kay and myself spent quite a few hours cutting up the tree and piling up the waste.

April 2013-Some flooding over the causeway. 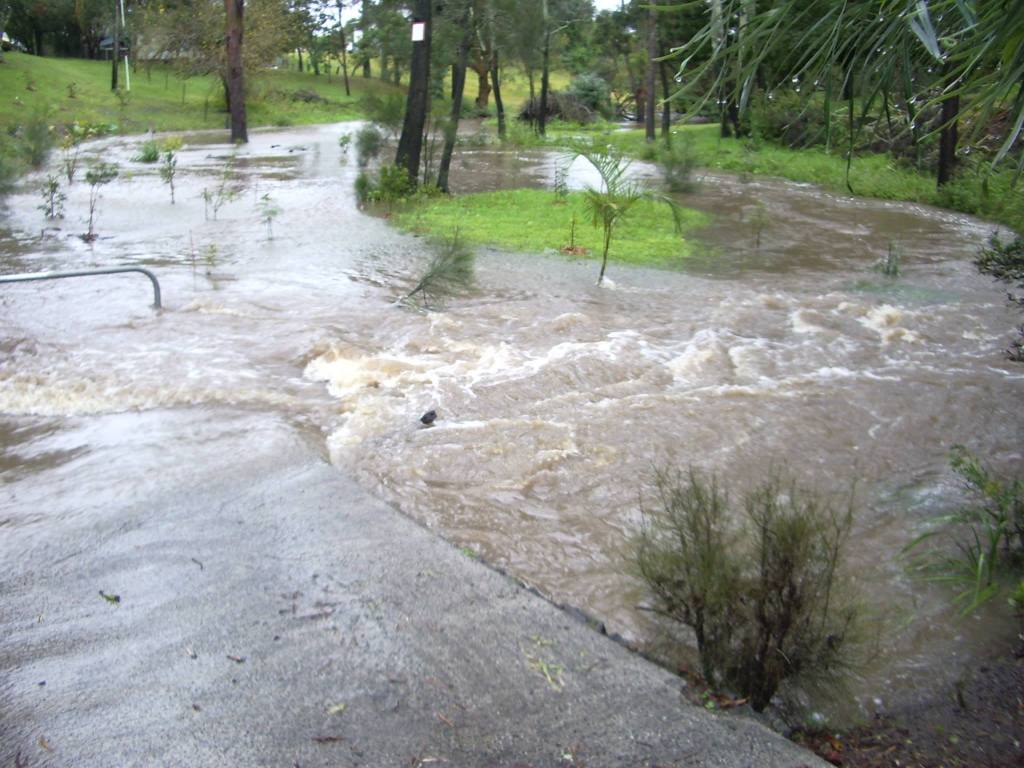 April 2013-Unfortunately water rushing through this area below the causeway removed a number of our plants which had not established themselves.